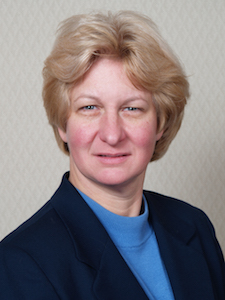 Ann M. Stockmaster is a graduate of Cleveland State University Cleveland Marshall College of Law, having obtained her Juris Doctor degree cum laude in 1996, where she was both an editor of the Law Review and vice chairman of the Moot Court. She also received the Spangenberg Award for pretrial advocacy. Ms. Stockmaster is an accomplished trial lawyer who has practiced with Rubin Guttman & Associates, L.P.A. since her graduation from law school. She became a shareholder in the firm in 2003. Ms. Stockmaster is a native of Cleveland, OH and past counsel to the Ranger Battalions Association of World War II.  Ann brings her education in the nursing field and detail-oriented analysis to the firm's personal injury, nursing home neglect, medical malpractice and Social Security disability caseload.